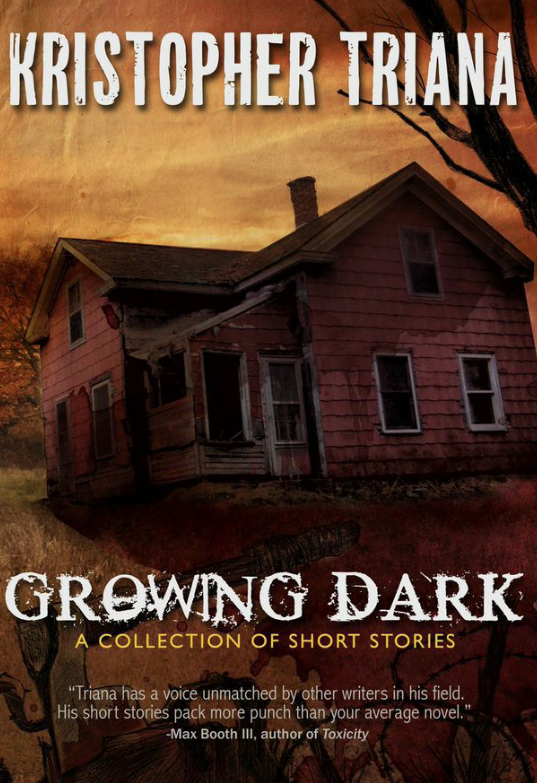 Triana’s book Growing Dark is NOW AVAILABLE  directly from Blue Juice Comics and Books, as well as being available on Kindle, or you can  pre-order it on Amazon, (with an official release date of July 28th).

This is a collection of ten of his darkest short stories, some of which have appeared in magazines and anthologies, while others are new and exclusive to this book.

A small town is ruined by black rain, and two police officers find themselves face to face with the creatures lurking in the flooded streets.  Paramedics find a remedy for a zombie virus outbreak — but can the survivors come to terms with their cannibalism? Former high-school sweethearts reconnect for the anniversary of a murder. Two deceased movie legends come back as avenging angels, tracking demons through haunted canyons. In the Wild West, an aging gunslinger returns to his favorite brothel, only to encounter a fathomless black tar that’s devouring everyone within.

These stories and more fill Growing Dark. A macabre book of bloodcurdling terror, ranging from otherworldly evils to very human nightmares, this powerful collection is sure to keep you sleeping with the lights on.