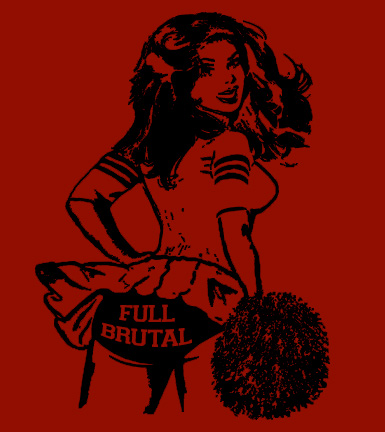 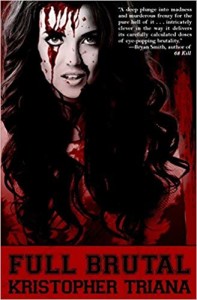 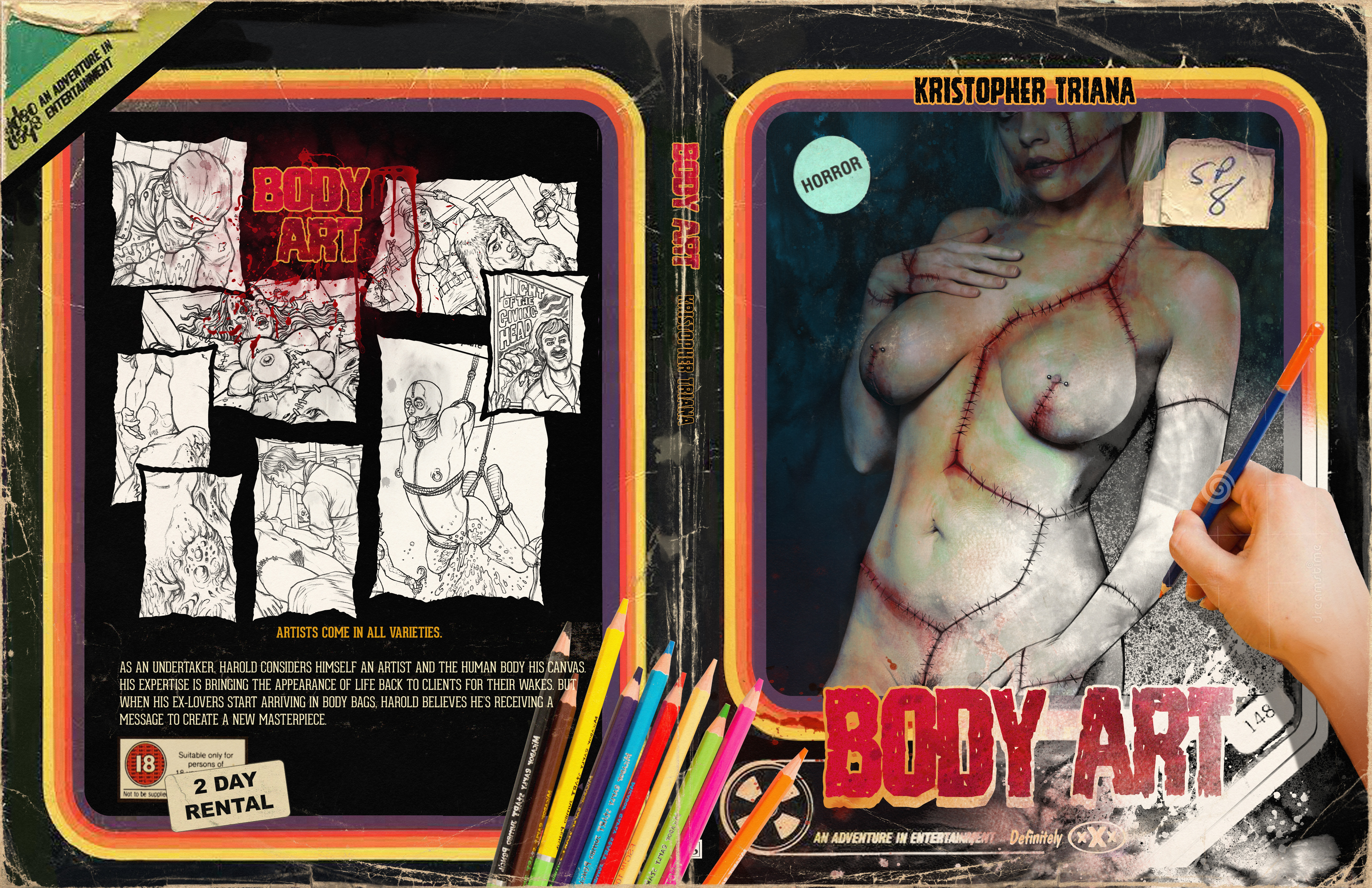 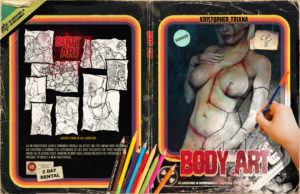 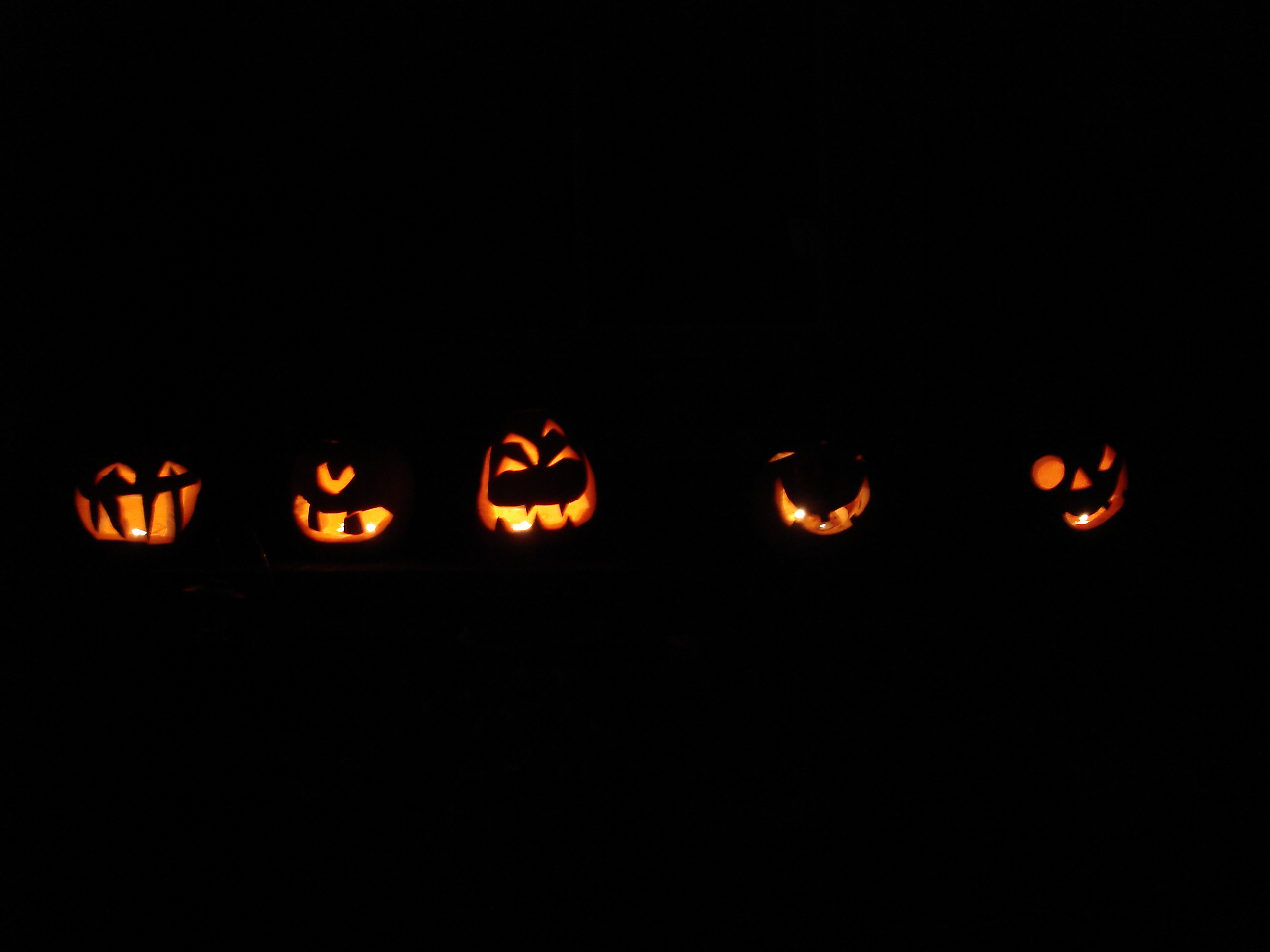 “Triana writes well, succinct and lean but with enough of an eye for detail… at times reminiscent of early Lansdale while sometimes toeing that chalk line that the splatter punks drew on the asphalt.” –Ginger Nuts of Horror

Kristopher Triana’s short story “Soon There’ll be Leaves” was recently translated into Russian for the horror magazine Darker. The translator, Amet Kemalidinov, also decided to do an interview for the issue. Here it is (in English!).
AK: Hi Kris! How do you do? What’s new?
KT: Hi Amet. Thanks for having me back. I guess the big updates are that my book of short stories Growing Dark was released by Blue Juice Press this past summer, and I have two novels coming out in 2016, Body Art and The Ruin Season.

AK: It’s great to hear that you finally have a short story collection! How did it feel to get it into your grasp for the first time? So, what can you tell us? What do we HAVE to know about Growing Dark?
KT:Always great to have the finished product in your hands. Blue Juice dig a great job on it. Growing Dark is a collection of horror stories in the classic tradition. There are tales of ghosts taking on the form of B-movie stars, ghastly things coming out of a tar-filled sky, monsters under beds, and female psychopaths, to name a few. It has a little something for everyone.

AK: Yeah, everyone could see that Blue Juice did their best judging even by the cover only. Did you take any part in the process of publication?
KT:Oh, absolutely. I worked closely with the editors and even gave artist Michael Crockett feedback as he was designing the cover. I really wanted a creepy autumn feel to it and he did a great job.

AK: The Internet became a very useful tool of self-promotion for the young writers. What can you say about your experience with Growing Dark?
KT: Well, the internet is really the best place to advertise these days. There are also a lot of writer’s groups on Facebook and the like. A lot of it is word of mouth and everyone counts on each other to get the word out. Another way I promote the book is by having new stories of mine appear in anthologies. One just came out called Selfies from the End of the World and it contains my new story Dog Years. Another is called Chilling Horror Stories and it contains an all-new story of mine too. When people read a story they like in an anthology they usually will hunt down more from the author. It also helps to have the support of great horror webpages like DARKER. 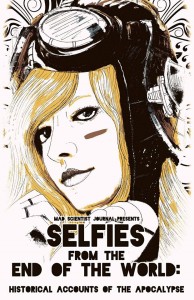 AK: Yeah. Unfortunately, we have very few new horror antholigies in Russian now, but still we’re trying to keep our hands on pulse. Could you tell us about your recent discoveries in horror?
KT: Well, lately I have been reading a lot of older works by Graham Masterton, he’s incredible. Charles L. Grant too, his prose is beautiful. I was also really impressed by the movie Starry Eyes. It reminded me of Suspiria with a touch of the brutality of the french film Inside. 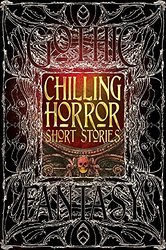 AK: Oh, yes, Masterton is extra-cool. We interviewed him this year, and translated a short story too, and it was just great.
Last year we’d all read your story The Devouring, and this sick and twisted tale has gained some notoriety among horror fans in Russia. Soon There’ll Be Leaves is your second story to be translated. It’s very different, and it shows the other side of your talent. Could you introduce it to us please?
KT: Sure. Soon There’ll be Leaves is more subtle horror. It had a very human side to it because the main character is an emotionally wrecked man who has returned to his old hometown to see his dying mother. While there he hears from a girl he knew in high school and they decide to have a one night stand. Then everything goes horribly wrong when he discovers that she has a very dark side.

AK: I guess you’ll get tired by this question in a while, but… Where did you take the idea? How did you write it?
KT: Actually the story has some stuff taken from my real life. Like the protagonist, I grew up in Florida and my mother died of cancer. So there is a lot of truth there. And I’ve had a few one night stands in my day. Often women can be in danger with a man they hardly know. I just wondered what it would be like if the roles were reversed and a man found himself trapped by a crazy woman.
AK: The main character of Soon There’ll Be Leaves is a really technophobic guy. Do you have much in common? I know that you have a Facebook page and all, but still…
KT: Yes, I’m pretty anti-technology. I understand the need for cellphones in this day and age, but when I see people with their faces buried in them all the time it depresses me. I use a limited amount of social media but you need to have it these days if you’re a writer. I didn’t even have a cellphone until 2008!
AK: So. Would you mind if I ask you about your one-night stand experiences? Did you have some extraordinary ones?

KT: Well, I’ve certainly experienced the thrill of taking a woman to a motel room in my day. When both parties are really into it, a one night stand can be a wonderful thing. There are no lies, no delusions or regrets when it is done right. But now I’m married to the love of my life and that’s better than any one night stand could ever be. A good marriage is nothing short of magic.
AK: What do you think it’s like for your wife to be married to a horror-maniac?

KT: (laughs). Well, she’s very tolerant. I have a huge collection of horror memorabilia. Posters, action figures, even a life sized Jason Vorhees! We made a deal that I could have one room in the house to make my “horror room”. I filled it with everything. She just didn’t want chainsaw murderers and monsters all over the house, which I can understand. She knows I’m a horror nut and a horror writer, and she’s very supportive of my writing. Like every writer, I always want to impress my wife with my books more than anyone else.
AK: I see that your technophobia doesn’t achieve Clive Barker’s scale, but do you have some prejudice against computers? Do you have a typewriter or something?
KT: No. Using a computer for writing is ideal, and most publishers prefer emailing manuscripts to using regular mail. It’s just easier. My thing against technology is that it has made our lives better, but also worse. While we have convenience, we have also dumbed ourselves down with it. We rely on our gadgets for everything, and now everything is also designed for no attention span. Social media’s videos can only be a few seconds long and text can only be two sentences. And there’s nothing I hate more then when I’m with someone and instead of talking to me they’re texting. It’s sad.
AK: Well, and do you find the Interet a scary place? 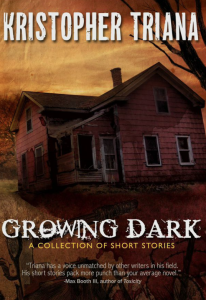 AK: Talking to men from the dark side we often forget that they’re not all buried deep down in horror, but love some soft and common stuff too. Which of your favorite books, films or bands can surprise a typical horror fan?
KT: I admit I’m not a happy ending sort of guy. But I love human dramas. Stuff by Cormac McCarthy, Daniel Woodrell and Harry Crews. Stewart O’Nan writes beautiful books about love and family. I love the morality of western movies like True Grit and Lonesome Dove. And nothing beats Calvin and Hobbes in my book. I listen to a lot of Nick Drake. His relationship with nature is very strong and I can relate to that. Scott Walker too, he makes meloncholy so beautiful.
AK: Well, we have some classic questions, and I wanted to ask you one. Imagine a blind room. There are four men, three chairs, two bundles of rope and a knife inside. The door is closed and no one has the key or the strength to break it. What would happen there?

KT: Well, that’s a bleak scenario. I’d like to think they would try to dig through the walls with the knife. But if they’re truly trapped, I could see someone resorting to cannibalism eventually. Deep down, there is darkness within all of us. We need only look at the world’s prisons to know what men do to each other when they are confined.
AK: And for the end, you’ve told that you have two upcoming novels. Can you share your plans with us, please? What we’re to wait next?
KT: The Ruin Season is being published by Perpetual Motion Machine Publishing. It’s a southern gothic novel about a modern day cowboy with bipolar disorder. His young girlfriend gets involved with heroin and he has to go up against some mean drug dealers to try and save her from herself. He also tries to patch things up with his ex-wife, but his mental illness proves too powerful for him to keep at bay. The other novel, Body Art, is being published by Blood Bound Books. They’re the kings of putting out extreme horror, and that is exactly what Body Art is. It is a brutal, twisted, grotesque novel about a deranged undertaker making art out of human bodies and a film crew trying to make the most depraved porno of all time. It should certainly appeal to fans of my short story The Devouring, which Blood Bound Books also published. 2016 is going to be an exciting year. Beyond that I have other new books I’ve written that I’m waiting to hear back from publishers about, and I’m writing a new horror novel as we speak. Lots of scary things coming!
AK: Great to hear this! Looking forward to read ’em. Thank you for the interview, Kris. 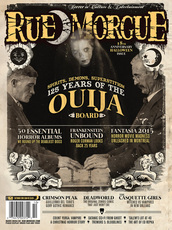 Growing Dark was recently reviewed by Rue Morgue, the best horror magazine there is! And they gave it a glowing review! Make sure to check out this special double issue (#160). 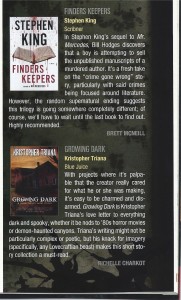